A sculpture, a sound installation in the city of Goeppingen in Germany.
Alzheimer Café I has the shape of a red pyramid. Inside on the floor two holes: two musical boxes are playing sound memories if

opened. One is the basso continuo, and the other is the melody.

Alzheimer Café (2014/ongoing), is a series of performances, sound installations and public interventions initiated by Valentina Vetturi and dedicated to ‘musical memories’, which incredibly resist to the neurological degeneration caused by the disease and that have been inspiring the entire cycle.

All the works from the series Alzheimer Café include musical fragments sung or hummed by people affected by neurological disorders of memory. Since 2014, Vetturi has been working in collaboration with health and medical centers, their staff, and their patients. Despite that, the work deliberately avoids the documentary format. The artist assembles the voices into a musical fabric with the aim of creating a non-conventional listening space in which flimsy personal memories take up a public dimension. 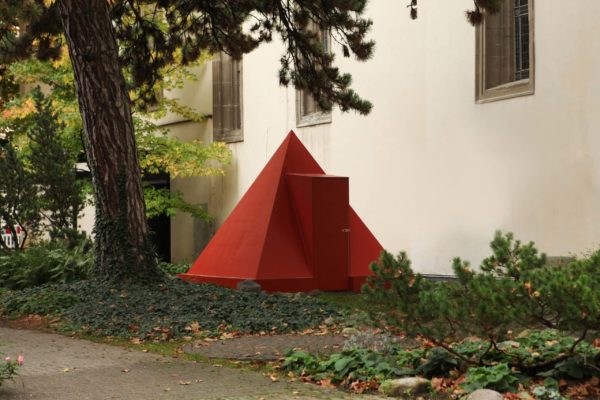 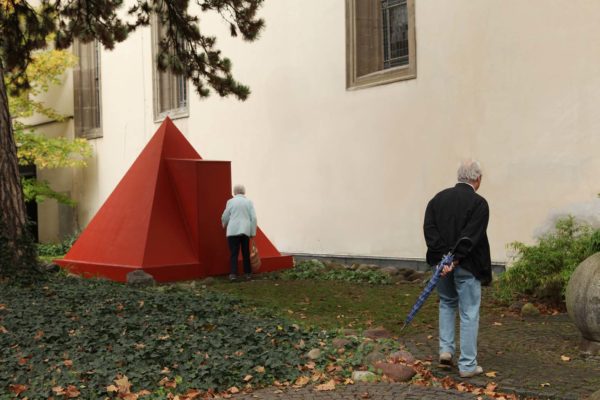 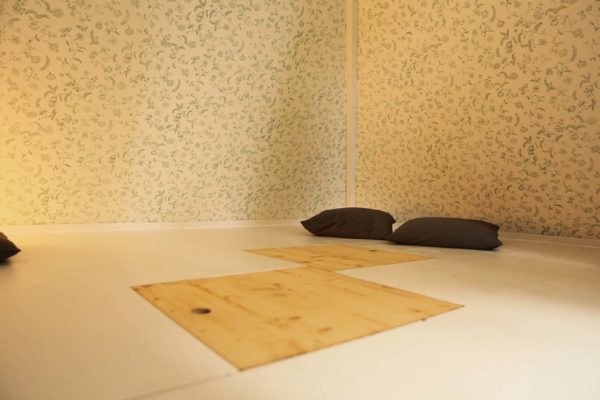 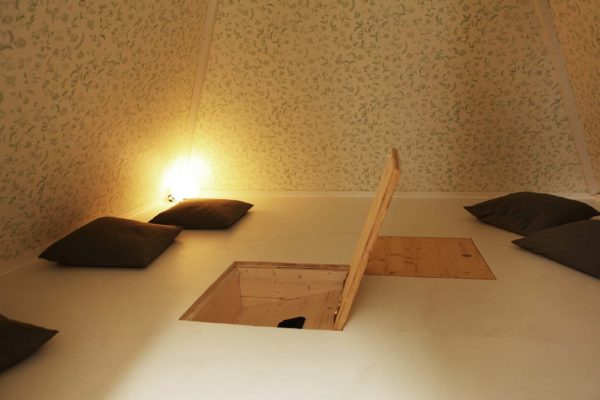 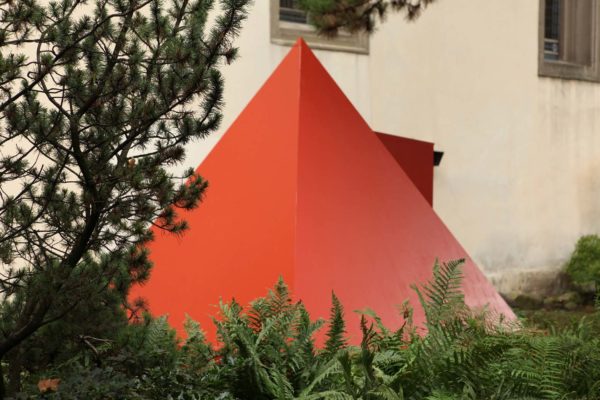