If something is boring after two minutes, try it for four. If still boring, then eight. Then sixteen. Then thirty-two. Eventually one discovers that it is not boring at all.

“Using the tram (trenino della Casilina) I wanted to traverse the distance that separates the neighbourhood Torpignattara and Termini station in Rome. For a week, eight hours a day, I have been a commuter. I tested the condition of the palindrome as a commuter, the seemingly boring repetition, the double bind with the state (station) of arrival and departure, the suspension and the disorientation caused by the displacement. I forced proximity created by this means of transport, bringing it to its limit.” 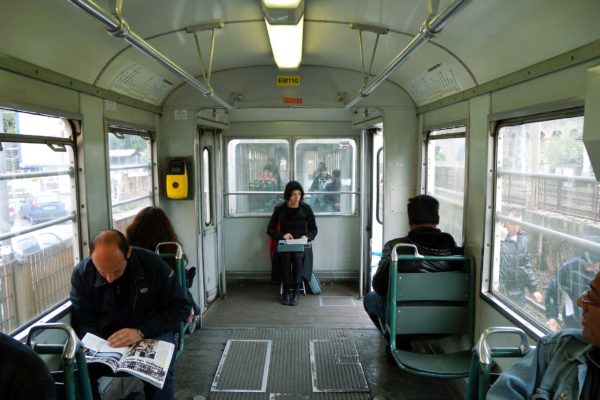 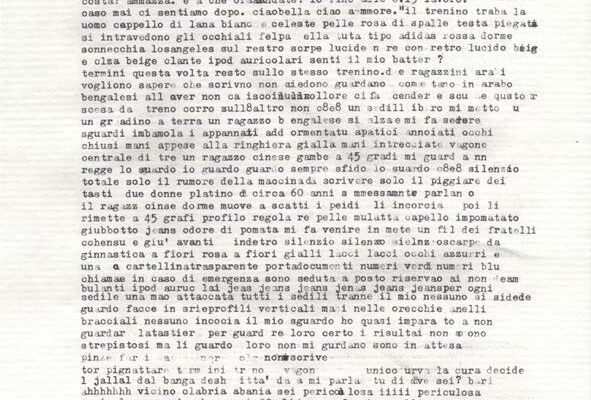 Produced by: during the residency program Living Layers