Seven orchestra conductors face off in a circle in the foyer of Teatro Comunale of Bologna. With Orchestra. Studio #3 Valentina Vetturi invites seven orchestra conductors to perform a piece by Maurice Ravel, Introduction et allegro. Pour harpe, flûte clarinette et quatuor composed in 1905. The score is interpreted and translated again and again by the gestures, faces, tensions that each of the seven bodies directs to their orchestra. Vetturi, with this performance dialogues with the ‘900 musical tradition, thus references to the Cage of 4’33 ‘(1952) and Thirty Pieces for Five Orchestras (1981) are explicit. However, the artist shifts these gestures with her orchestra extended over time. The performance focus on the performers’ body and the relationship between this body and the environment. As Katharina Holderegger writes: the conductors let Maurice Ravel’s soundtrack slide in and out of their bodies simultaneously, turning the grey and blunt notes into something incomprehensibly subjective. The performance is part of a cycle of works dedicated to the figure of the conductor whose previous stages are: Orchestra. Studio #1 (MACRO, Rome, 2012) and Orchestra. Studio #2 (Walking on the public site, Geneva, 2016). 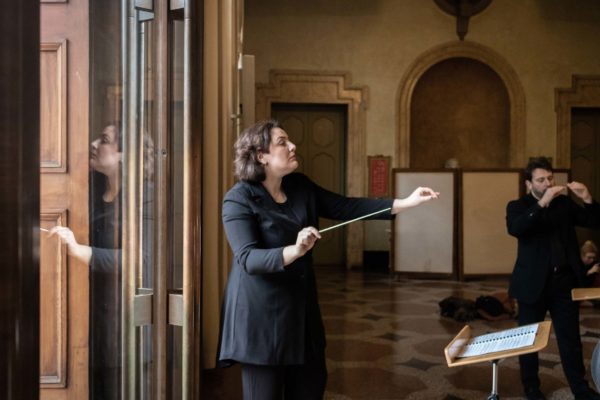 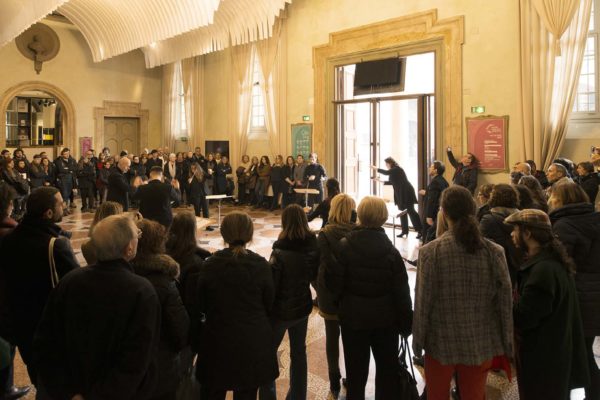 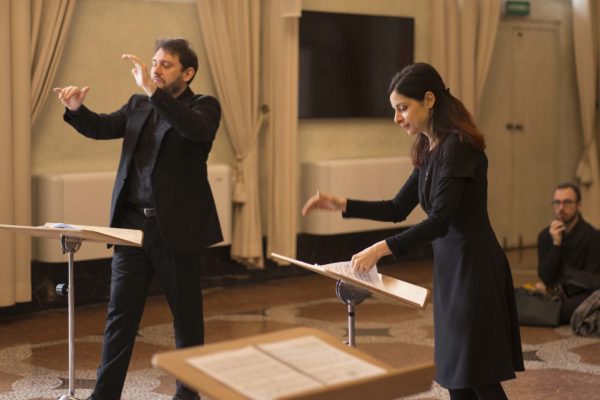 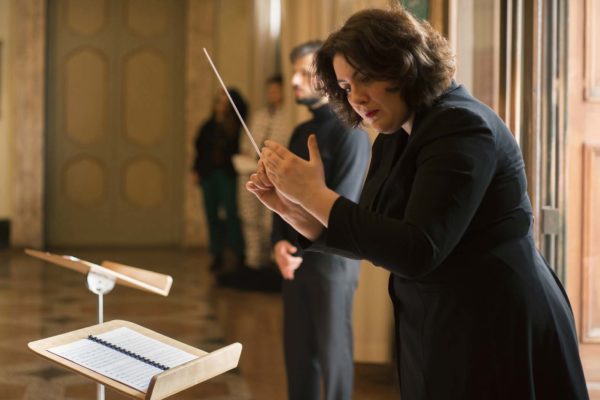 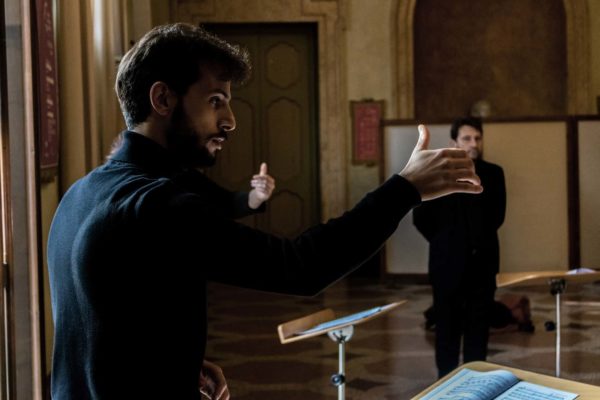